Naturopathy utilises the body’s natural ability to heal in conjunction with substances found in nature to promote physical, mental, and spiritual well-being. Naturopathy is a holistic system, emphasising prophylaxis through healthy lifestyles and education.

“In my practice, every client is treated as a unique person. Each one has an extraordinary body with self-healing properties - which needs only a little bit of stimulation to come back to proper balance to achieve the level of homeostasis. After that, you can enjoy life on every levels: physical, emotional and spiritual.

My aim as a Naturopath is to treat the whole person on all levels of their being, by getting to the root cause of the illness – not just stopping the symptoms.” 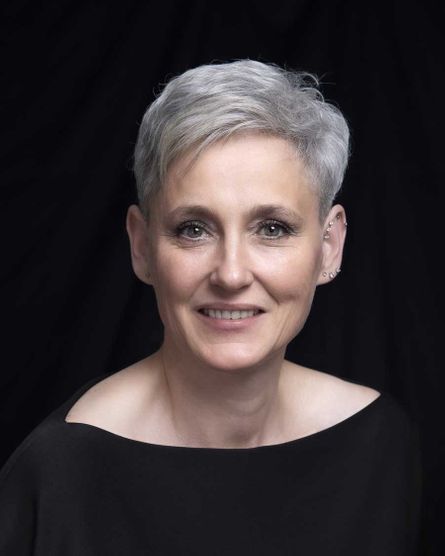 Naturopathy is a system of integrated holistic approach. Techniques used by naturopath include control of diet, exercise, massage, bio energy, proper supplementation, healthy life style education and much more. A Naturopath is a person who applies these natural therapies.

The principles of Naturopathy were first used by the Hippocratic School of Medicine in about 400 BC. The Greek philosopher Hippocrates believed in viewing the whole person in regards to finding a cause of disease, and using the laws of nature to induce cure. It was from this original school of thought that Naturopathy takes its principles. Many of the later principles and philosophies of naturopathy originated in Germany and Europe in the 16th and 17th century.

According to the manifesto of British Naturopathic Association, "Naturopathy is a system of treatment which recognizes the existence of the vital curative force within the body."

Naturopathy recognises that each person is an individual and needs to be treated as such. The support the client receives during their therapies will vary hugely depending on the needs of their body. Naturopathy is about bringing harmony to a person’s life and health system by using individually matched techniques.

The Naturopath will choose the least invasive and least toxic treatments necessary for each patient.

Naturopathy recognise the body’s inherent ability to heal itself.

The Naturopath will identify, address, and remove the underlying causes of disease using naturopathic techniques.

Educating and supporting clients on personal health management is an important role for Naturopaths. They empower clients to take responsibility for their own health and acknowledge the therapeutic value inherent in the naturopath - client relationship.

This is a holistic concept that recognises the body as an integrated whole. Naturopath treats the person, not the disease. A naturopathic assessment addresses the nutritional status, lifestyle, family history, physical, mental, emotional, genetic, environmental, and social factors in a person’s life.

For More Information on Naturopathy

Strictly necessary cookies
These cookies are essential for visitors to be able to browse the website and use its features. None of this information can be used to identify visitors as all data is anonymized.

Currency
Purpose: To be able to show prices in the currency matching the visitor's preferences.
Duration: 30 days.

Google Recaptcha
Purpose: To be able to validate whether the visitor is human and to limit the amount of spam from contact forms.
Duration: 1 year.
Provider: Google.


Third-party cookies
These cookies collect information about how visitors use the website, like which pages they've visited and which links they've clicked on. None of this information can be used to identify visitors as all data is anonymized.

ga
Purpose: Registers a unique ID that is used to generate statistical data on how the visitor uses the website.
Duration: 1 year.
Provider: Google.

gid
Purpose: Registers a unique ID that is used to generate statistical data on how the visitor uses the website.
Duration: 24 hours.
Provider: Google.

We also integrate with social platforms on this site that allow you to connect with your social network in various ways. Social media integration will set cookies through the website which may be used to enhance your profile on social media sites or contribute to the data they hold for various purposes outlined in their respective privacy policies.